We're excited to welcome Dr. Aaron White to our office in February! 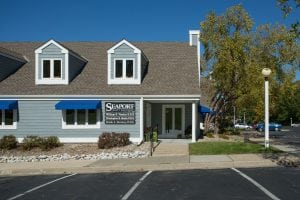 At Seaport Family Dentistry, we strive to help you achieve your most beautiful and healthiest smile. Dr. Tinsley started this practice in 1989 with a small office located on Liberty’s Historic Square. We take pride in our experienced and friendly staff, who are here to meet your dental needs. We invest in the latest advanced technology to help improve the look, fit and feel of your mouth. Some of this technology includes 3-D X-rays, digital impressions, clear braces and one-visit CAD/CAM crowns! Not only do we invest in technology, we also invest a great deal in our community. For many years, we have worked with Hillcrest Hope by donating dental care to individuals that are putting their lives back together. Also, Drs. Tinsley and Shultz started Doctors with a Heart Day, where we donate one day a year for FREE dentistry for those without insurance. Our practice consists of ten hygienists and three doctors; which makes for convenient appointments for families as well as one late night. Here at Seaport Family Dentistry, there is an unmatched sense of culture, fun, and professionalism that is hard to find anywhere else. You can trust your smile and your loved ones smile with us!

We are a highly tech-savvy office. We take pride in staying on the leading-edge of new advancements in dentistry.

A fast and efficient way of obtaining tooth anatomy without impressions. Watch as we scan your teeth on the computer screen in front of you.

We use a computer-generated surgical guide to precisely place your dental implants. This is an extreme benefit to your healing and final tooth position.

Our Dentists have over 30 years of experience and training to make sure you have the best experience with us.

Clean, professional. Been going hear for 10 years and i couldn’t imagine going anywhere else. Also great with kids. My son has had nothing but good experiences thus far and actually gets excited to go.

I live in Washington state. I was in Missouri for a while and had absolutely no health insurance. Needless to say, I ended up with an infected tooth. No one would see me without insurance. Your office got me the antibiotics I needed and then treated me in the ER with intravenous antibiotics. I could have lost my life if it weren’t for these dentists. I am back in Washington and now have my teeth fixed. Thank you for what you guys did for me back then.

Dr Schultz is wonderful. I wish my son took as good of care of his teeth as Dr Schultz took care of him. Two pain free fillings done with out any anxiety from my little guy. The staff is warm and friendly and the Drs. Are top notch!

So thankful for them! They were open late and were able to pull my 7 year olds tooth when he cracked it in half eating a hard candy! Very professional, very friendly, happy, caring! They could have charged me anything and I would have had no choice (and I’ve been to dentists who would have totally taken advantage!), but they were priced incredibly reasonably! I can’t say enough about how happy I am and I’ve never ever ever said that after walking out of a dentist office! 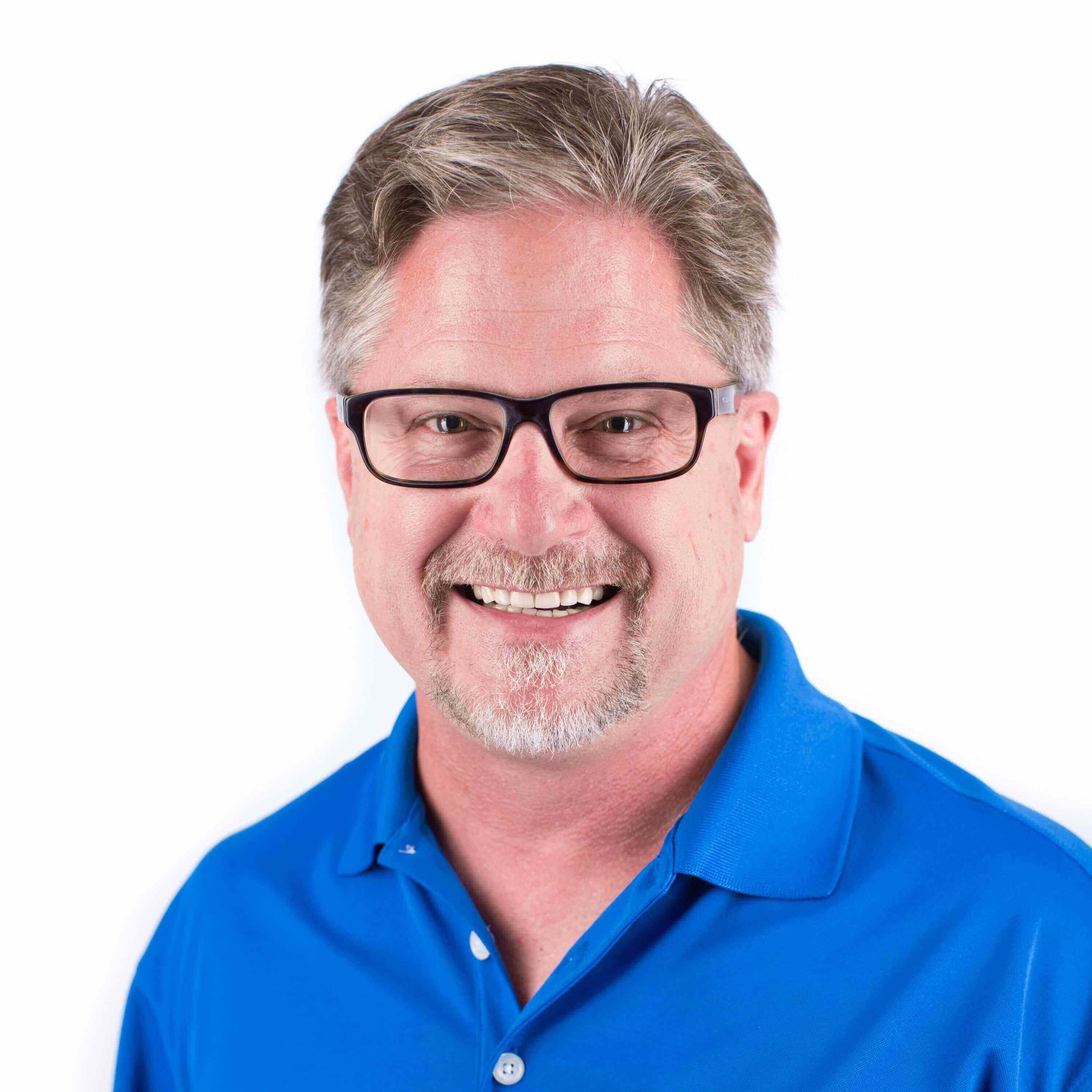 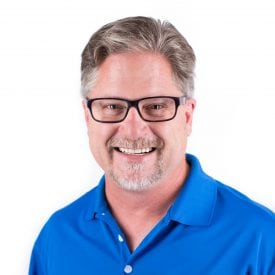 Interests outside of dentistry include Music, Traveling in his RV, Hiking, Sports, Fishing, Competing in BBQ contests and spending time with his wife Michelle, and children, Steven, Megan and Andrea. Dr. Tinsley was born and raised in Columbia, MO. 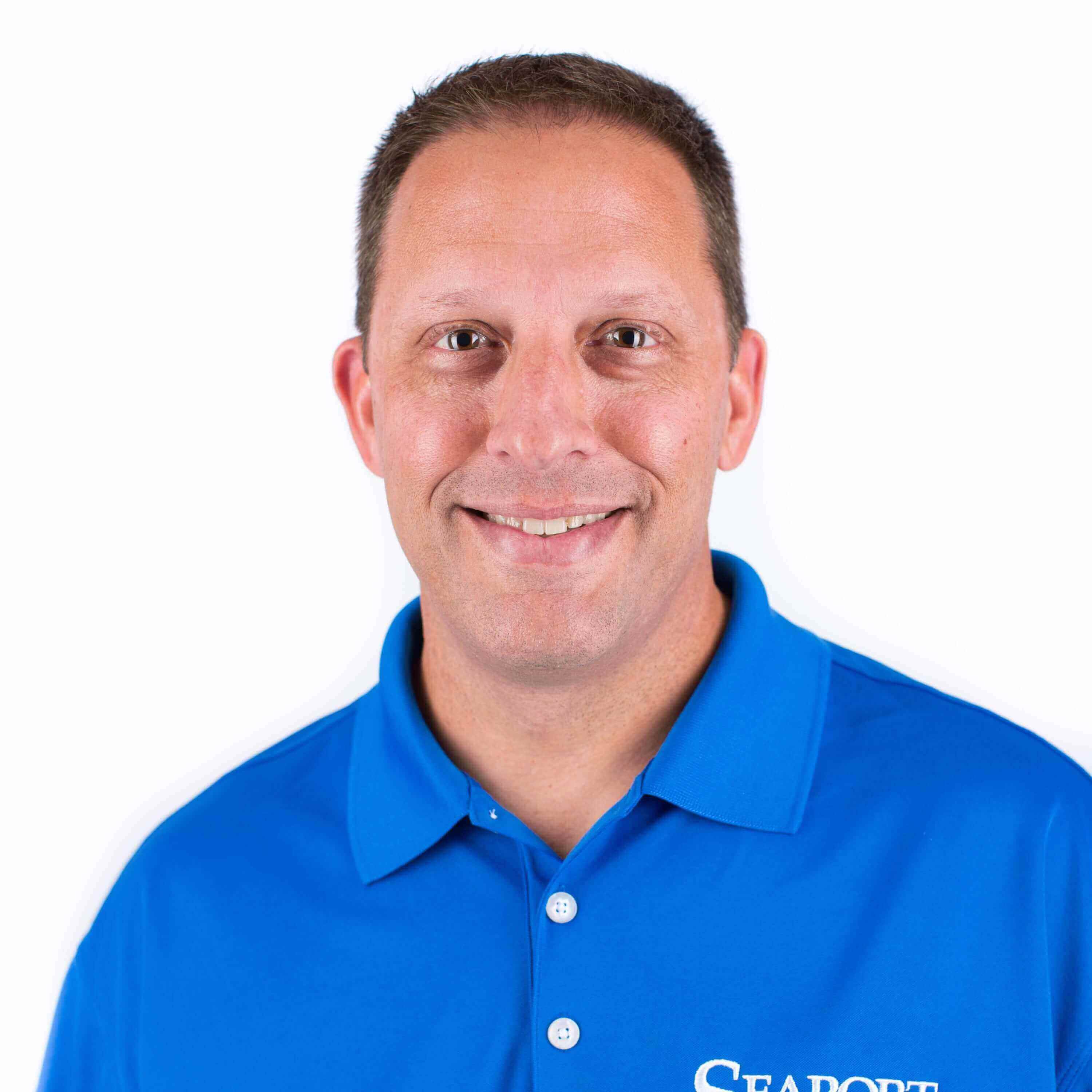 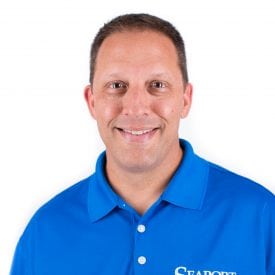 Christopher H. Shultz, D.D.S. has been practicing general dentistry since 1997, when he received his Doctor of Dental Surgery degree from the University of Missouri-Kansas City. Dr. Shultz is a life-long resident of the Greater Kansas City Area, a 1989 graduate of Oak Park High School. He graduated from William Jewell College, with a Bachelor of Arts in Chemistry in 1993. Dr. Shultz donates his time, through the year providing free dental services for Doctors With A Heart Foundation, Hillcrest Hope and volunteering with the Donated Dental Services program, a humanitarian service for the disabled, elderly and medically compromised people.

Hobbies and interests outside of dentistry include Boating, Fishing, Golf, Sports, and spending time with his wife, Kristin, and children Jack and Ally. 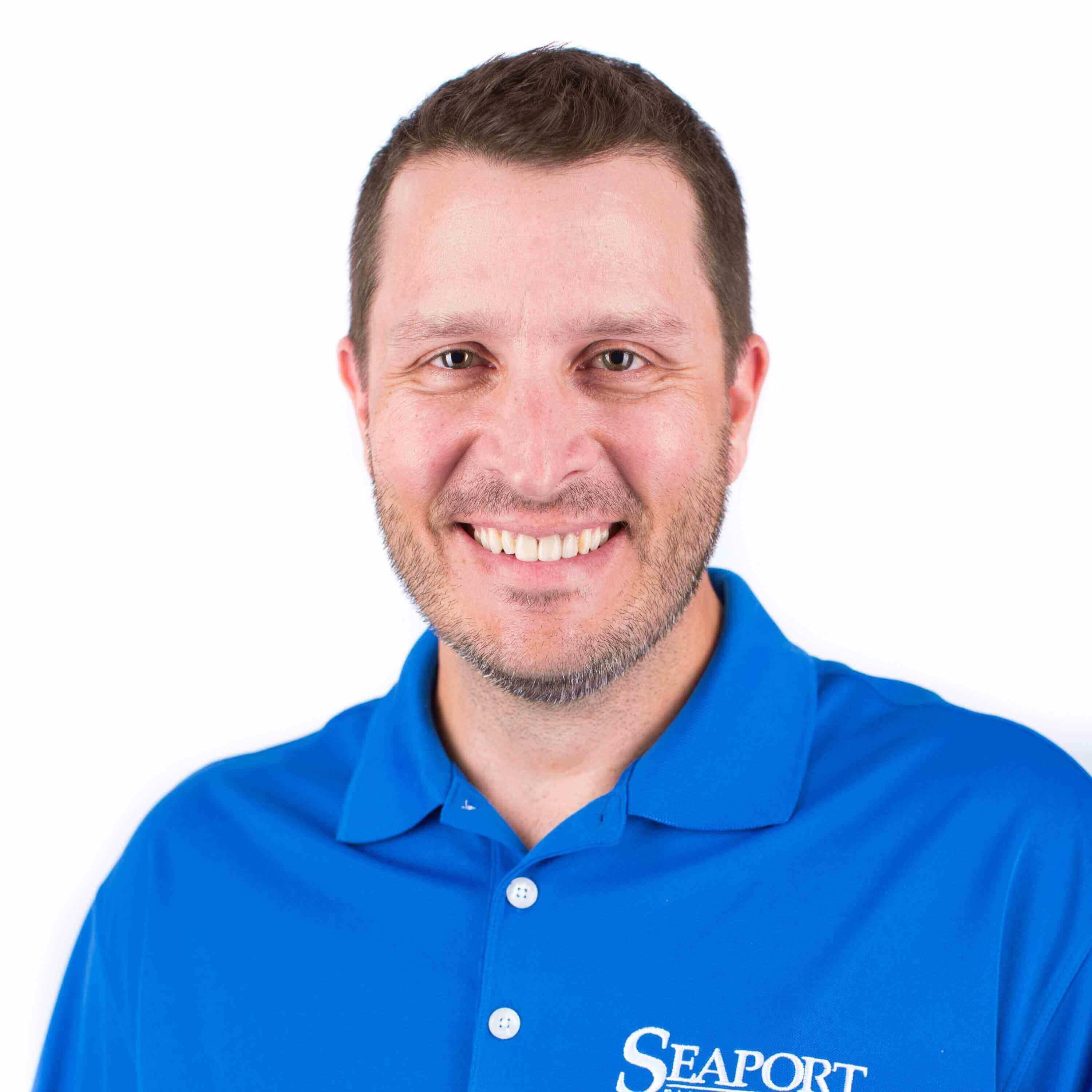 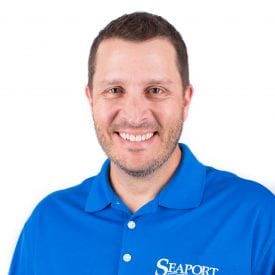 He and his wife Lamar then moved from San Antonio to Bend, Oregon, where Dr. Derenzy was in private practice for nine years. While in Bend, he & his wife had two daughters, Sophia and Olivia. With the growth of his family, Dr. Derenzy decided to sell his practice and move closer to home.

Passionate about dentistry, Dr. Derenzy has been an avid proponent of technology in his years as a dentist. Down-to-earth in his approach to his patients, Dr. Derenzy creates relationships that seem more akin to friendship.  Dr. Derenzy also donates his time to Hillcrest Hope and Donated Dental Services to help those in need.

Outside the office, you will see Dr. Derenzy at volleyball matches, whether high school or club seasons. Both of his daughters play volleyball, seemingly year-round. If he has any other spare time, you may see him kayak fishing on Smithville Lake! 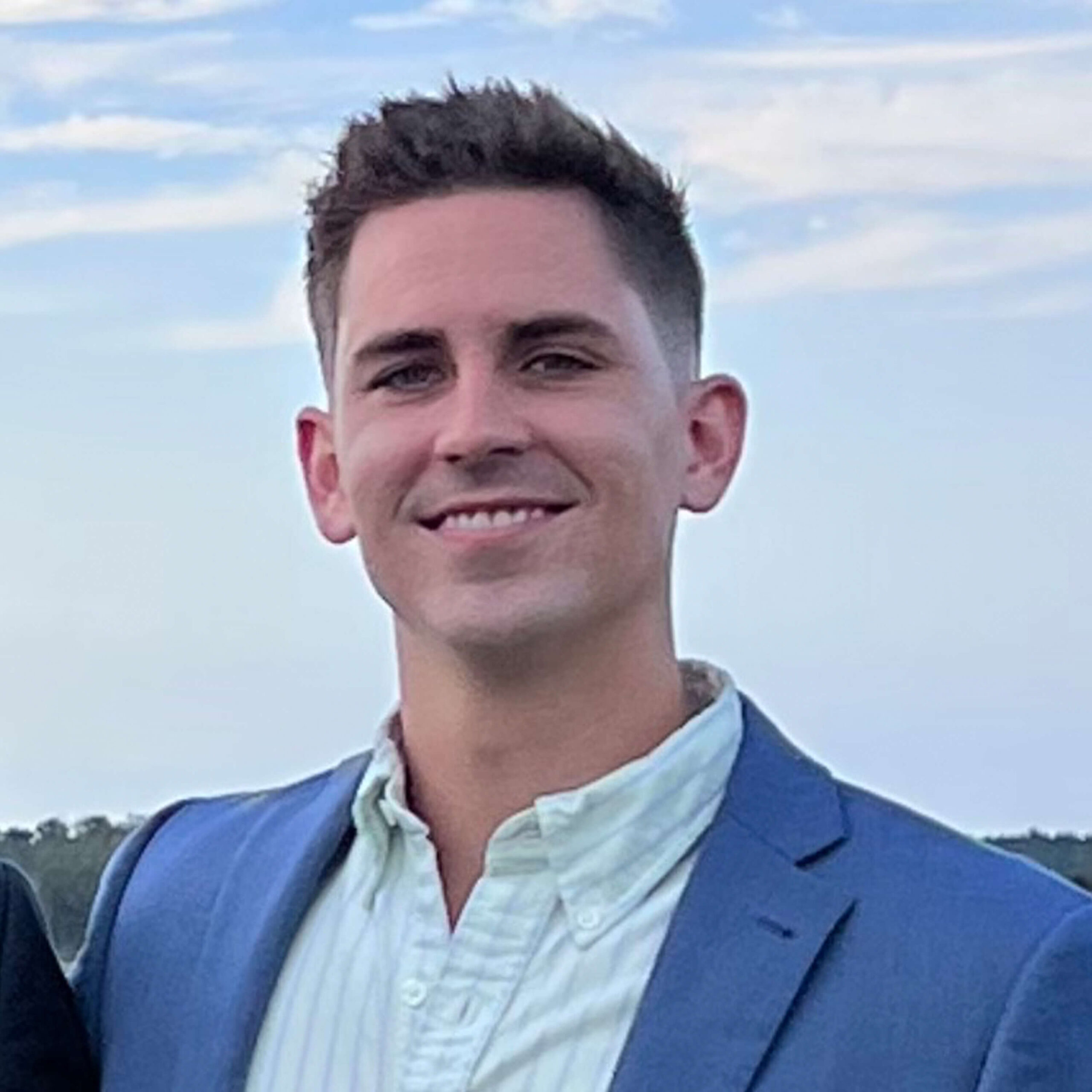 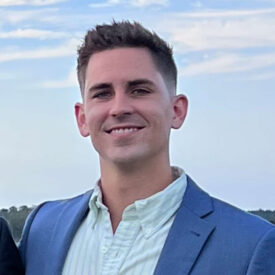 Dr. Aaron White grew up a Missouri native. After graduating magna cum laude from Mizzou, where he obtained a B.S. in Biology, and a minor in Business, he went straight to dental school at UMKC. Upon graduating in the spring of 2021 with a DDS, he took his first position working in private practice out in Topeka, making the commute from Kansas City. He then spent time sharpening his clinical skills closer to home, in downtown Kansas City, before joining the team here at Seaport. Dr. White is a hungry learner and has invested much time into continued education. Interested in a wide variety of clinical procedures, Dr. White has taken advanced courses in Implants, Invisalign, and Endodontics among other specialties. He believes it is his duty to stay up to date on the latest research and innovations in the ever changing industry of dentistry. His pursuit is to be a multi-faceted clinician and he looks forward to treating all the oral health needs of the community, and developing a lasting relationship with his patient base.

A life long sports fan, Dr. Aaron White enjoys cheering on his favorite teams which include: The Kansas City Chiefs, The Ohio State Buckeyes, and Chelsea F.C. of the English Premier League. Outside of work, he enjoys hanging out with friends, remaining physically active, and traveling to new places. He also fancies himself a big movie and music expert (*self-proclaimed*).